The Homalco Peoples have been fishing in our bountiful waters since time immemorial. Traditionally, we travelled with the seasons according to the resources in our territories and we shared these resources with our neighbours. We know of the importance of healthy salmon runs and that healthy salmon means a healthy coastal ecosystem. We are committed to the ongoing stewardship of fisheries. We have a number of current and planned projects to continue this work.

We have operated a Salmon Hatchery in Orford Bay for more than 30 years. We have plans to expand salmon enhancement activities to the Homathko and Southgate systems. We are working with DFO to conduct salmon stock assessments on these rivers. We want to see the  healthy and abundant return of salmon throughout our traditional territory. 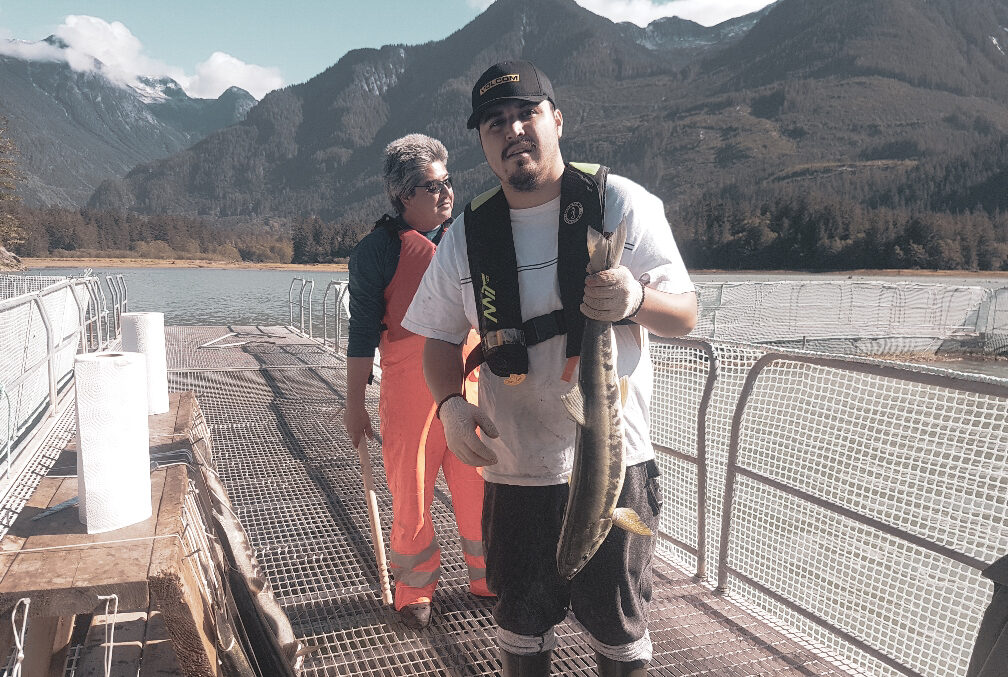 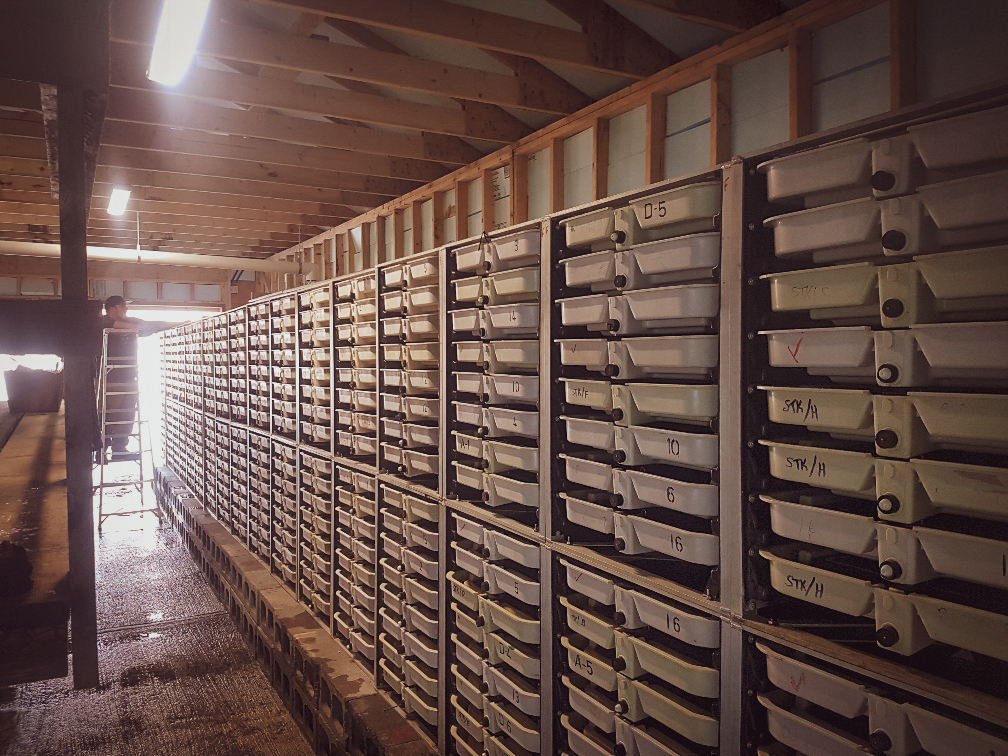 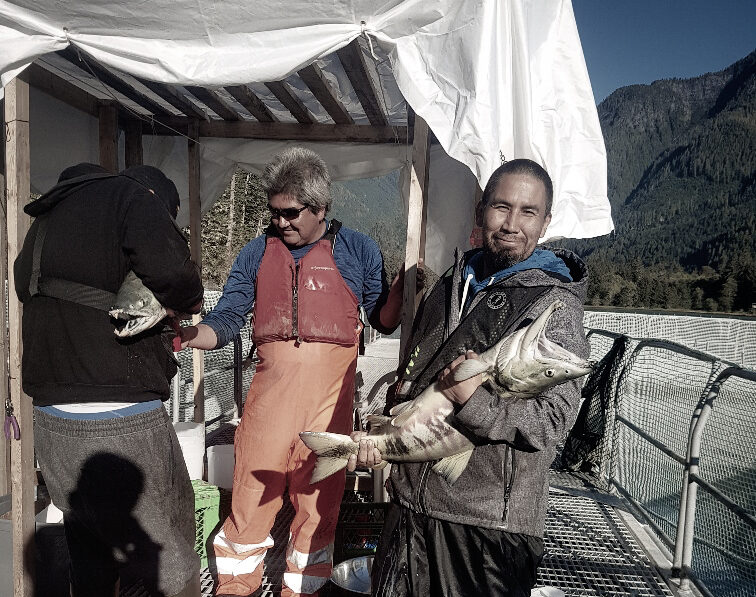 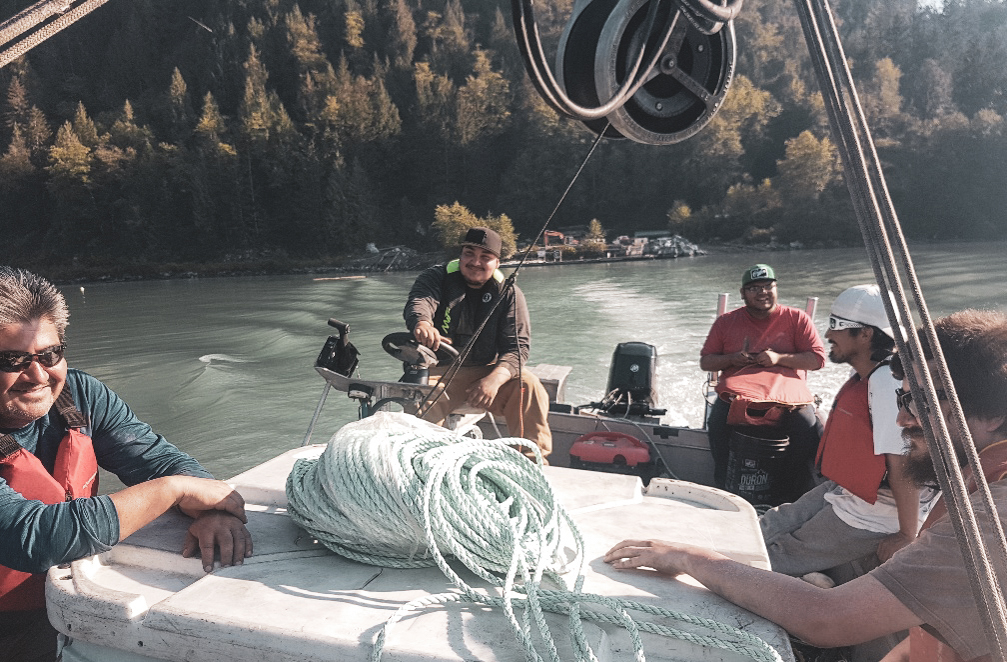 The story of the Homalco Taggares Hatchery

The Homalco Taggares Hatchery is located in Orford Bay. The Orford River originates in the glacial headwaters of the Coast Mountain Range, and flows south-westerly for about 31 kilometres before discharging in Orford Bay. Salmon are restricted to a small section of the total drainage of the steep impassable waterfall close to the river mouth.

Logging practices, combined with landslides, have reduced the productive capacity of this salmon habitat area. That’s why, in the early 1990’s, Homalco began a Salmon Enhancement Program in Orford Bay under the leadership of Chief Richard Harry. With support from DFO and employment and training programs, Homalco began construction of the Homalco Hatchery.

Homalco’s efforts helped increase both chum and coho production in the Orford River. In the mid-1990’s, the late Peter J. Taggeres, a wealthy farmer from Washington State, donated over $2.5 million to the Homalco First Nation to make significant infrastructure improvements to the hatchery. His donation of both money and time is viewed by the Homalco Nation as one of the most heartfelt gestures of kindness ever received.To honour his contribution and his friendship, the Homalco Hatchery was renamed the Homalco Taggeres Hatchery.

The healthy and abundant return of Coho and Chum to the Orford River resulted in a very healthy grizzly bear population. This created an opportunity for economic and cultural growth, through the establishment of Homalco Wildlife Tours. Today, the hatchery has grown to a large operation that can support up to 3.5 million chum fry each year. A new generation of hatchery technicians were trained in partnership with North Island College and graduated in 2020.

The Orford Camp, is the base for the Homalco Taggares Hatchery, and operations of Homalco Wildlife and Cultural Tours. New bunk houses were set up in 2019. In addition to new accommodations for our crew, this created an opportunity to provide camp accommodations to contractors such as forestry and road crew who work in the Orford Valley.

Orford camp includes bunk houses, camp kitchen for staff, sheds for equipment storage and a large Quonset building and fenced area where the hatchery is housed and the Orientation Centre for Homalco Wildlife and Cultural Tours. A significant terminal recreational fishery has also developed both in the ocean and river to harvest salmon.

The Orford River is full of coho and chum salmon. Other fish species in that watershed include chinook salmon, pink salmon, sockeye salmon and steelhead. We know that chum salmon is the keystone species for ecological integrity and health of many ecosystems. Bears, forest land, species diversity and other salmonids are dependent upon their productivity.

As of 2009, salmon stocks were very low. This was due to over a century of forest harvesting that did not consider the environmentally sensitive valley bottom. It was also due to overfishing. It was particularly bad in the Algard Creek, which is the most important area for chum salmon production in the area. That’s why the Homalco Nation became involved with the Homalco Taggares Hatchery in the early 1990’s (see above).

The goal of the Orford Bay Hatchery and the Homalco First Nation is to enhance and re-stock the coho and chum salmon population in Orford Bay rivers for future generations. The hatchery has played a vital role in restoring natural spawning runs to the Orford River. It has also supported habitat restoration projects in the river and estuary. Rebuilding efforts for chum on the Orford River continue with habitat restoration and egg incubators in Bute Inlet.

Every year, four species of Pacific salmon (chum, coho, chinook, and pink) return to Orford to spawn. The Orford system is renowned for its run of chum. The chum brood stock for the hatchery is collected from Orford Bay and progeny cultured and released to the Orford River. Over the years, this has created returns to the Orford River and hatchery. The hatchery also cultures up to eleven million chum smolts. Current return survival rates are controlled by ocean conditions and productivity.

The Homalco Fisheries Department is responsible for protecting fisheries resources within Ums Geh Gijeh (Homalco territory). It is also responsible for making sure that everyone respects Homalco Aboriginal Rights and Title. The Department manages contracts including the Aboriginal Fisheries Strategy (AFS), the Salmon Enhancement Program (SEP). It also manages various other habitat restoration and stewardship activities. The Fisheries Department also supplies the community with food fish.

As part of our stewardship vision, we are aiming to: