On Sunday August 30th Homalco Nation members voted 60% in favour of a new election code. The code governs the term of elected office, candidate requirements and other electoral matters.

Homalco Council member and Director of Governance Alison Trenholm sees the adoption of the code as a vital step forward for the Nation “I am pleased with the ratification of the new Homalco Election Code,” said Trenholm “It will support both strong, transparent and accountable leadership and continuity of business operations enabling us to build prosperity for future generations. Today and into the future electors will have a more equal and fair opportunity to participate in Homalco electoral processes”

Key features of the new code include:

Homalco first developed a custom election code almost 40 years ago. At the time, elections were conducted under the Indian Act, meaning only on-reserve members were eligible to vote. In the early 1980’s only two Homalco members lived on reserve at Aupe [Church House] spurring the need to create its first code.

“Our first election code was born out of necessity and was an essential adaptation to our unique history of being dislocated from Aupe” said Homalco Chief Darren Blaney “As we have come to rebuild our village and invite our members home, this modernized election code means our members have more transparency and more say in the matters of our government now and into the future.”

Kelsie Robinson, the youngest member of Homalco’s Council says that community dialogue was a big part of building a successful election code. “We invited Homalco members to help us rewrite the rules that govern our elections” said Robinson, “As a result I feel really good about the code we have developed, because it is for Homalco, by Homalco.”

Homalco’s upcoming election, slated for October 17 2020, will be governed by the new code. Nominations will take place on September 3, 2020. 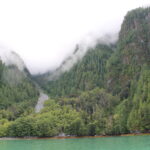